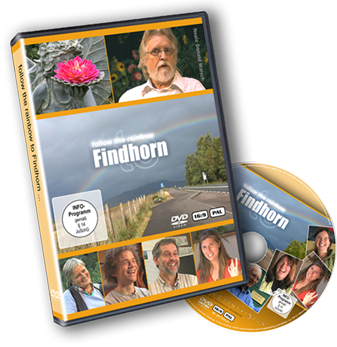 From humble beginnings to one of the world's first eco-villages, the Findhorn Foundation and Community in the North of Scotland is home to over 400 people of all ages and backgrounds.
This documentary follows some of them as they share their personal experiences of daily living and working together, their passion for community, their visions and dreams for the future. This is a place with no hidden agenda, where value is placed on inspired action through deep inner listening to the wisdom inherent in each human being. Take a closer look - discover the real meaning of sustainable living and find out what happens when a group of people come together with a shared vision for the future. Be inspired by the magic of Findhorn and the lives of those who dare to ground their dreams in reality. The DVD includes a special interview and teaching with Neale Donald Walsch, author of 'Conversations with God'.

I first read about Findhorn in 1990 and periodically check in on its progress. I was lucky enough to stumble upon the link to Markus Werner's video Follow the Rainbow to Findhorn. First of all, a beautiful film! What an intelligent, informative, inspiring report/update on one of my most want-to-visit places on the Planet. I am so happy to know that not only is Findhorn still around, but is flourishing and truly a voice of how we can be different on Earth. In a simple and joy-filled way. (Karlene G.)

After having watched the movie I am deeply moved since I got a feeling of being in touch with the spirit of Findhorn.
(Tom)

A former race and rally driver has traded his beloved 4x4 in on a bicycle and is sampling life in the community with the lowest recorded ecological footprint. But is this living, Geoff Dalglish wonders?
Download PDF (Text inspired by "Follow the rainbow to Findhorn")