Inner ripening and thanks for all the talks

What stays is the wish to set off and to celebrate the FUJI DECLARATION with you. It’s a call to become conscious and consciously decide about the next steps to take. It includes our children and children’s children who want to live a happy life on planet earth. It seems like there is a new story that dawns on the horizon – a new story that wants to be told. It’s not the story of a single human being and not the story of a tribe or a country. It’s the story of a planetary human species. Again and again I am reading stories caring for unity with diversity. Is it the motto of the hour?

I want to thank YOU in this moment for all the talks that I had so far and I would like to share a few sentences that have touched me deeply:

It feels like that the FUJI DECLARATION ignites something like the “OLYMPIC FIRE” does: it’s an idea whose time has come.

It seems like there is a new story. This time we are writing it together.

Often it will be only about making the field visible which we already feel and resonate with.

It’s about acknowledging the female principal again (in men as well) and giving space for the masculine to relax. It’s about reconciliation.

Evolution is happening. We don’t have to push it. It’s pulling us. We can say ‘YES’ to the flow.

It’s about visionaries meeting. It’s about people meeting who are still courageous enough to dream.

The dreams of the souls are all on the surface.

Sometimes it feels like a holy pathway. Earth is a sacred planet and my thoughts and actions are becoming sacred as well.

Every human being has its own possibility to contribute in this time on the planet. It’s like weaving a tapestry out of our stories. There is a poem by Christian Morgenstern that emerges. It says: One will make pictures out of sky and stars again and put cobwebs of old fairytales on open wounds.

Thanks for all the talks, teleconferences and meetings and those that are about to follow. The tour is growing inside and I am feeling it more and more. The next days I will start connecting to people who want to initiate group meetings.

All the best
Markus 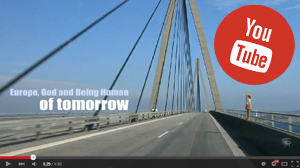